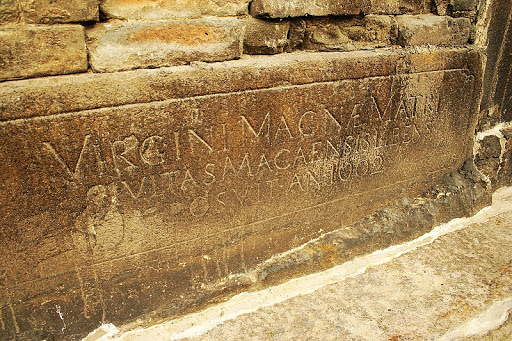 Cornerstone of the Cathedral of Saint Paul in Macau (1602). The original uploader was Iidxplus at Chinese Wikipedia.

2018 was a year with many challenges, debates and excursions around the subject of leadership. The coming of the end of the year seemed to provoke some sort of conclusion. We wrote many articles, read many books, met many inspirational and talented people and saw successes and failures in trying to introduce the Agile Lean Leadership principles during the year 2018.

But how do we find closure to all these impressions? We had already formulated the Values and Principles of Agile Lean Leadership, so what more is there to say and do? Perhaps we need a manifesto, but the Agile Manifesto is already written – there are manifestos for every corner of life, the market is crowded to say the least.

So it came to be that these most fundamental conclusions that we could come up with, were called the Leadership Cornerstones. These cornerstones are fundamental personal characteristics that must be dominant in the leadership of an organization if the benefits of this new, yet old way, of creating real value in an organization, that we call Agile Lean Leadership, are to be harvested. Here they are:

You can find similar statements in creeds, lists of virtues and a host of manifestos. These cornerstones are of near universal value, but we are clearly into ethical territory here. The first reaction of some people will perhaps be, “Why should I do that? What’s in it for me?”. Well, that is the problem, isn’t it? – if that is the first reaction. At any rate let us look at the four cornerstones individually.

2018 took the departure of truth as the basis for public opinion and decision making to new levels. The word “lie” was replaced with “alternative truth” and “fake news” is whatever I don’t like today. And because this is what we meet in the media, and it apparently works, it creeps into the management styles of organizations as well.

It is of course nothing new; lying is the original sin and has been around for a long time. When I lived in the US 20 years ago I learned that “when we report to corporate, we always present the truth in its most favorable light!” And before that Dick Keyes wrote in his 1982 article, “Image and reality”, how it is much easier and cheaper to build an image of something than to actual make it so in reality. He retells the story of Richard Nixon’s press secretary Ron Ziegler, who at some point declared that the president’s long-standing insistence of White House guiltlessness in Watergate had simply become “inoperative.” Indeed a novel addition to the vocabulary, but he meant just that it could no longer be passed off as believable; it was no longer workable. “The truth or falsity of the statement was beside the point,” according to Keyes.

Politicians, marketing people and the financial sector have contributed their fair share of destruction to the concept of truth. One of my customers in an Ad Agency, said, “Remember this is an industry based on deceit and talking people into buying what they don’t want or need!”

When teaching Scrum, we say that the process relies on Empirical Process Control, which has as its first pillar “transparency”; you cannot react to or control anything if you don’t know reality.

Nothing in leadership matters if we are not dealing with the truth; nothing can be done. General Stanley McChrystal said this was his big epiphany in the aftermath of 9/11, that to lead in the modern fluid world, you have to become transparent, and everybody has to have access to the truth.

This commitment to truth from a leader must be absolute. Leaders must support each other in being accountable in this area. Try for the sake of argument to commit yourself to being completely committed to the truth and honest for a week. Please count how long this commitment stands.

Scrum defines the Scrum Master as a Servant Leader. The servant leader concept was popularized in modern times by Robert Greenleaf in his 1970 seminal article “The leader as a servant.” There is an abundance of articles on the Internet hailing this fundamental principle.

In the wider perspective the same fundamental principle applies to Lean Thinking, “Always focusing on customer value adding activities.” In organizations a lot of problems evaporate if everybody’s focus is on serving those downstream.

It follows then, that being of service to people you lead, means that you are looking out for their best interest and helping them learn and grow.

This is of course counterintuitive for managers in the hierarchy under the current Neo Taylorist management paradigm. Extrinsic motivation and competition between people, teams and departments are the dogma believed to give good results. Leaders are supposed to install obedience and predictability into the subordinates and make them compete for positions. Leadership comes with privileges and perks; it is the new aristocracy.

From the most unlikely of places, the US army and the navy, the most top-down of institutions, come the voices of people like Colin Powell, Stanley McChrystal and David Marquet who say that the change to the modern leadership style starts with leaders embracing the fact that leadership is a service and not a privilege.

Are you seeking a leadership position because you can provide a service to people and help them grow or because of the position, the salary or the perks?

Embracing trust – being trusting and trustworthy 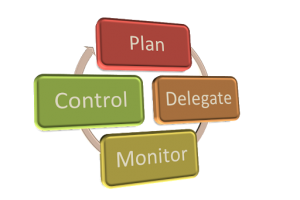 Years ago, I ended up in an infight with a superior because I had given too much leash to one of my subordinates. I said, “But I trust this guy completely!”, the reply was, “Trust is fine, control is better!”. There it is again, the core tenet of the Neo Taylorist belief system. Someone upstairs plans everything in detail and commands the lower ranks to comply and execute. The Mantra is: Plan, Delegate, Monitor, Control (from PRINCE II). 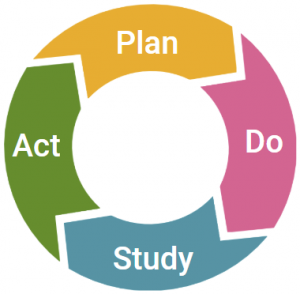 In contrast, an agile, cross functional team is based on trust; this is the most fundamental aspect of being a team – that there is trust. From this follows all the other positive aspects of being a Team – commitment, accountability and results, the mantra is: Plan, Do, Study, Act (W.Edwards Deming)

You cannot operate effectively in quickly changing environments, acting decisively if you have to stop and control everybody all the time, because you cannot trust the people around you to do their part of the job properly.

“But”, many people have said to me, “in real life, people don’t always deserve trust, they disappoint you if not outright betray you.” I am not being romantic and utopian about this, “just trust people and good things will happen.” First of all people have to be competent in their area to deserve trust. Secondly, there has to be checks and balances in an organization preventing people from going off the rails on self-serving sprees.

Back in the early part of the twentieth century Pierre Dupont said, “We push responsibility as far out in the organisation as we can find someone who can carry it!” So it is not something brand new. Could you push responsibility farther out in your organization?

This has crept into organizations as well; people feel disengaged with work. One American study quoted more than 90% of people being passively or actively disengaged in their work, very often because they don’t feel they are treated fairly.

A leader makes decisions that affect the lives of others all the time. If a leader favors one person, supplier or customer over another, it has devastating consequences for the relationships. All kinds of destructive sentiments surface: feelings of superiority, bitterness, vengeance and disengagement.

It is the same with all human relationships; we can find examples in our personal lives – parents who preferred some children over others, or didn’t seek to reconcile if somebody just saw it that way. Years of bitterness and strife can result from this.

A leader must not show any partiality to those he leads, they all must get opportunities to grow and do every day what they do best and be proud of it. It does not mean that everybody should be treated exactly the same; people are different. The quality of a great leader is among other things the ability to discern how best to get each individual to grow to his or her maximum potential.

Is there someone in your organization, that you have to go to and clear up a mess created by you handing him an unfair, bad deal?

The four cornerstones in our opinion are personal qualities a leader must have, and personal commitments that I would be looking for in anybody taking a leadership position in our organization.

As mentioned above we are deeply into ethical territory here, and people have to consult their individual worldview for saying anything about right or wrong and what ought to be.

I am happy to explain my reasons, if anybody wants to know. However individual will power does not do it alone. As a leader it is great to be in a team where there is a collective commitment to transparency and accountability; such a team will protect against many temptations to leave the foundation of the cornerstones.

It can be a challenge to try to get people to understand and accept that they could be able to create so much more value and have their teams be so much more fulfilled if they would change their leadership style. We have to remember: “Nobody changes by being told, they have to be shown”. Very often deep change in people’s style happens because somebody did it to them, they felt the effects of the leader building them up.

So, let us then steam into 2019 and show them. Join me in the chorus from the 1984 Bruce Springsteen track “No retreat, No surrender” from the album “Born in the USA”:

Because we made a promise we swore we’d always remember

No retreat, baby, no surrender

Blood brothers in the stormy night with a vow to defend

No retreat, baby, no surrender

Happy new year to you all, Kurt Nielsen.