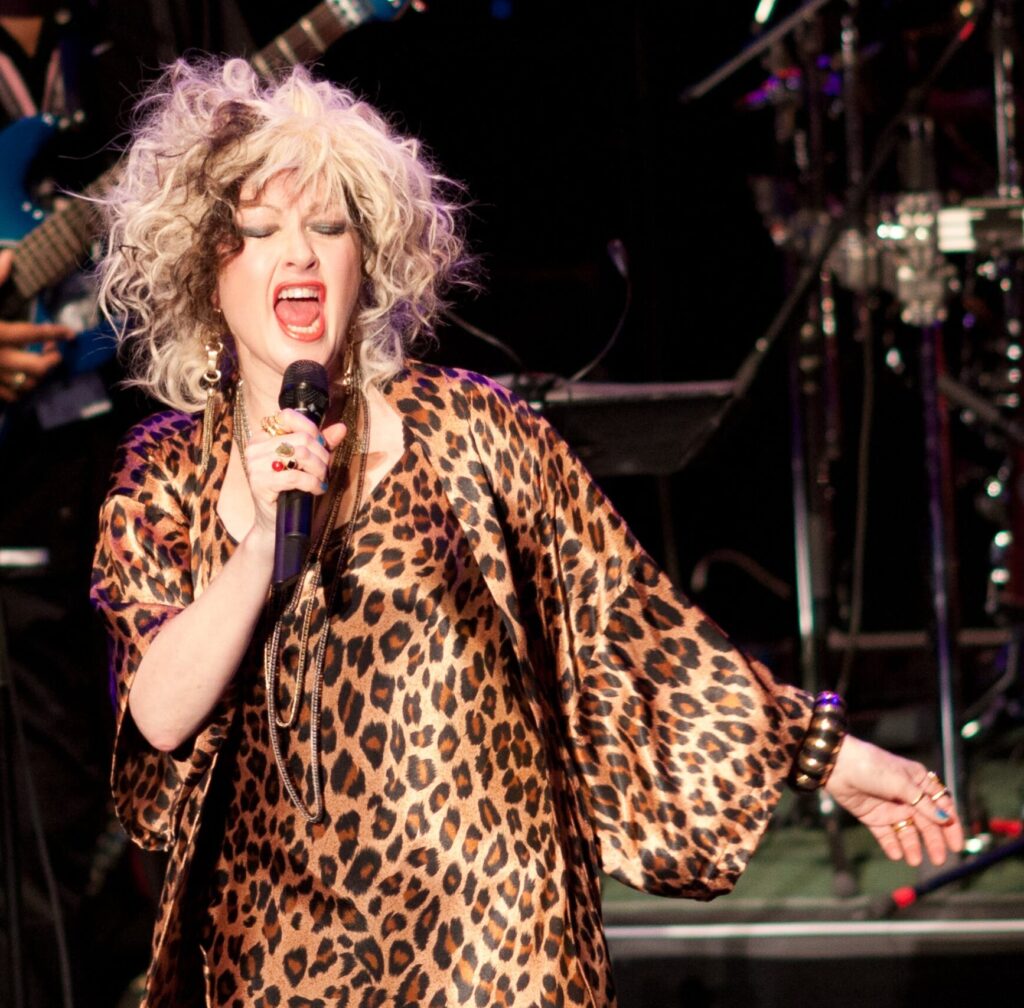 In 1983 Cyndi Lauper recorded a cover version of Tom Gray’s underground hit “Money changes everything”. I have had the main theme of that song reverberating in my head for some time and reflecting on how – in many situations – the focus on money seems to distort any underlying vision, goal or purpose that may exist.

I decided to write down this summary with a focus on two things: our general motivation as human beings and in particular the influence on the Agile, Lean principles we support.

I may be anchored and stuck in an eighties time warp, but the chorus from the song still rings true to me today particularly in the context of Agile principles.

Recently Niels Pflaeging pointed me in the direction of this collection of thoughts and comments by Daniel Mezick on the development of the Agile movement http://newtechusa.net/aic . It is about the so-called Agile–industrial Complex, that allegedly has distorted the original ideas of Agile.

Daniel Mezick’s main concern in the collection is about the coercive enforcement of Agile practices, he writes:

A nearly 100% tolerance of the coercive imposing of Agile practices on teams is a cultural norm of the Agile industry. This tolerance of force is profoundly disrespectful of people. This is the most pressing issue of our time.

The points being raised in the collection are absolutely valid in my opinion. It resonates with a statement from Dave Snowden, that I often use:

Knowledge can only be volunteered, it cannot be conscripted!

With knowledge work you need the engagement of people’s minds, not just their hands. To achieve that you have to treat them like volunteers. They  have to actively check in to the situation and be shown the attractiveness of joining, not just be told. People have to:

Incidentally these three main points are the categories promoted by Norwegian professor Anders Dysvik as the key to developing intrinsic motivation in a job.

I absolutely believe that if you want an Agile and Lean organization, people have to be invited with – and then attracted to – a compelling value proposition and volunteer for it. Perhaps needless to say, the value proposition has to be genuine and not a storefront concocted in an unholy alliance of management, marketing and HR to lure people in. Many Agile introductions or transformations have failed for that reason, people were sold a future that there was no intention of ever delivering.

In Mezick’s perspective the so-called Agile–industrial Complex is to blame for the sorry state of affairs, and again I agree with his identification of  the culprit, although perhaps not see this as the only cause of the poor penetration of real Agile Lean culture in organizations.

However, this was where the “Money changes everything” resonated. Let us dig a bit deeper.

How Money Changed Everything Agile

When Agile was formulated through Scrum, the Agile Manifesto and other initiatives, it resonated with the sense of “something new is needed” after the dot-com bubble burst in 2001. It quickly became the awesome, hip, hot, cool or groovy thing to be associated with – depending on which decade you were anchored in.

It became a wave, and because we are all somewhat influenced by the neo-taylorist, pseudo-scientific belief system with a heavy focus on the expert and the imperial leader, we needed experts. Lots of people rose to the occasion and assumed the role of the experts; some were very knowledgeable, some just got to be celebrities, and some were as usual selling snake-oil.

It was Klondyke or the 1848 California Gold Rush all over again; and like then, those who consistently made the most money out of the situation were those selling tools, advice and helping with the travel arrangements, generally not the folks out there digging.

Mezick’s vantage point is clearly American in his analysis. There is nothing wrong with that, but in the European theatre there are other forces at work as well. Having lived in the US, I dare to offer a few observations:

We are not far behind in Europe, down this complex slope, we seem to get most things, the good, the bad and the ugly 5-10 years after they had their hey-day in the US.

For each of the bullet points above there is also a positive side, I am not just bashing the US.

In Europe, and especially in the backwaters of Scandinavia and Denmark, we have other obstacles; we want to have well defined systems for everything that people should fit into and preferably behave the same way. Everything should be regulated for the common good. F. Winslow Taylor would have loved this.

Then, all of a sudden there was big money here, and we all felt we had to be totally engaged to avoid being left in the dust.

The pattern of Scrum and Agile became an industrial complex, a parallel with all the things that happened in the decades before with Lean, Process Re-engineering, Six-Sigma and Knowledge Management. With big interlinked players of organizations providing education and certification, large conference organizers, suppliers of tools and consultancies and media whipping up a frenzy.

The big muscle and the big money moved in. Traditional players in the field saw business opportunities – or necessity perhaps – and we got PMI Agile Practices, PWC Agile Project Delivery and even PRINCE2 Agile, because Agile became a buzzword triggering purchasing reflexes. This happened because the organizations mentioned above were rooted in a world  of compliance and stability rather than innovation and maneuverability, most notably PRINCE2, with its mantra “Plan, Delegate, Monitor & Control”.

The most impressive spiel being delivered in recent years is probably that of SAFe. Dean Leffingwell and Co. managed to take the heavyweight processes (RUP Rational Unified Process), they promoted 20 years ago, freshen it up to pass it off as Agile. A little bit like being on a diet and ordering a double cheeseburger, double mayo, double fries and a diet coke. From a business (that is money-making) perspective this has been executed brilliantly. In fact almost becoming its own ecosystem or industrial complex, relegating any trace of agility to the lowest tactical levels of execution. It has provided traditional management with a concept by which the organization would appear to be changing and getting up to speed, while retaining their own way of operation largely undisturbed.

The deeper aspect of the lure of Money

New York based minister Tim Keller in one of his discourses on the Lord’s Prayer comments on the “Give us today our daily bread” bit, by saying:

I think most would agree in principle with this statement. And what happened with Agile was that the amount of money in the system became so big, that it completely determined people’s behavior. It is an example of behavior based on extrinsic motivation, as documented by Anders Dysvik:

“The facts are absolutely clear. There is no question that in virtually all circumstances in which people are doing things in order to get rewards, extrinsic tangible rewards undermine intrinsic motivation.” ― New Scientist 9th April 2011 pp 40-43

When there are clear, quantifiable extrinsic rewards, these will take precedence over our intrinsic motivations and a deeper sense of what we ought to do. Money is the purest form of extrinsic motivation. Daniel Kahneman has studied human behavior extensively, he says:’

“The general theme of these findings is that the idea of money primes individualism: a reluctance to be involved with others, to depend on others, or to accept demands from others.” ― Daniel Kahneman, Thinking, Fast and Slow

A pronounced focus on money as the determining vector for our decisions and general behavior, seems to be provoking an expressive individualism in which the needs of others can easily be ignored or even sacrificed.

It seems to be the case with all such simplified measures If single numbers are used as KPIs or determinants of success or failure, this effect is seen. It is the same with ranking of people or students, and the same with positions in a hierarchy. If grades becomes the target for a person or the position in a hierarchy becomes the measure of an employees worth, then everybody becomes competitors for that attractive spot. This destroys teamwork.

General Stanley McChrystal found in 2003 that in order to match  Al Qaeda in Iraq, he had to change the organization of the coalition to a Team-of-Teams structure. One key element was to get away from the US Army’s core modus operandi: “You either move up or you move out”. So much focus was on the hierarchy and compliance that action was stifled.

If simplified comparative measures (KPIs) such as money, ranking or hierarchy are dominant in an organization, it seems to trigger an ugly side of human nature, which Tim Keller also has a few things to say about. Commenting on the tenth commandment: “Thou shalt not covet” he says:

To covet is not only to wish you had what your neighbor has, or to envy his possession or status, but to actually take pleasure in him losing it.

Covetousness is damaging to any form of cooperation, it creates an environment of politics and hidden motives, a lack of psychological safety. We have to foster a culture that blocks this covetousness as much as possible.

In organizations there is a fine balance to strike. I am not arguing for a romantic or utopian view of the organization, where everybody just do what they want. There has to be a balance of freedom and intrinsic motivation for the individual, while maintaining the responsibility towards the collective: customers, colleagues, stakeholders and society at large.

That is what we try to achieve with our efforts in Agile Lean Leadership. Freedom and intrinsic motivation, but also sufficient structure and constraint that it can be understood and upheld, in honor of James Madison:

“If men were angels, no government would be necessary”

We have to challenge the dominant neo-Tayloristic view of organizations by promoting Agile Lean Leadership principles. But we also have to challenge the excesses of the Agile–industrial complex, which seem to incorporate unhealthy elements into its offering while still preserving the label Agile.

We have therefore decided to embark on a journey in 2020, where our concept and pattern of Agile Lean Leadership and the accompanying online tool Agemba will be transferred to the public domain, governed by a network of people who select a faculty of guardians. They will, to the best of their abilities, secure the future direction of both.

We all need to make money, but we are determined NOT to let “Money change everything”. Join our Network, send an email to info@agileleanhouse.com to get more information. Things will be formed in the early months of 2020, and we have a defining event in Vejle, Denmark from the 20. to 23. of January 2020, read more here…

If service is beneath you, then leadership is beyond you ― anonymous

*) The expression “The Agile–industrial Complex” plays on the similarity with the American expression “The Military-industrial Complex”. This points to the – sometimes unholy – alliance between the US military and suppliers of military gear. They have often secured purchase of weapons well beyond reason. The expression became well known when president Eisenhower Warned about this alliance in his farewell address in 1961.