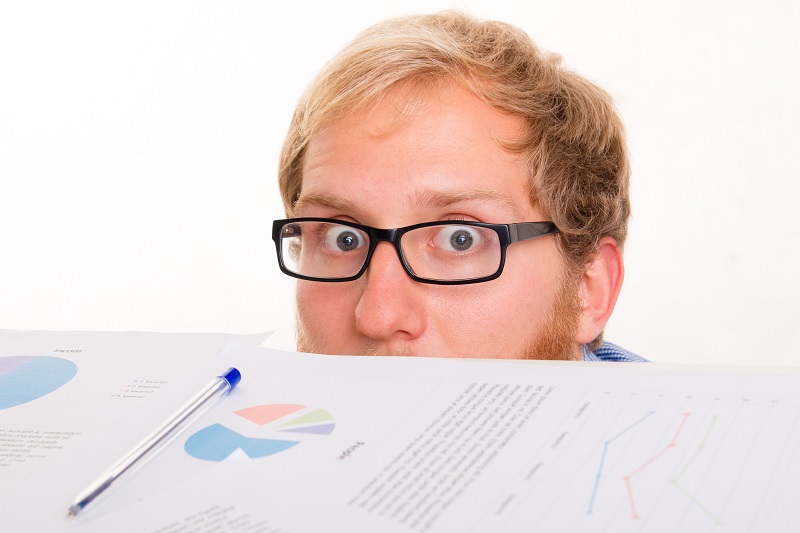 Coming in close after number one on the list of derailing the Scrum process, we find an old classic: It consists of spreading Fear, Uncertainty and Doubt (abbreviation – FUD). The spread of this is a classic among large IT supply companies.

Microsoft, Oracle, IBM, SAP and a number of others have successfully made use of this method of scaring customers from considering the alternative to the suppliers’ overcomplicated and overpriced products. Many IT- managers have bought expensive upgrades from these companies, because they have been frightened or rather threatened with risk of scandal, collapse, firing or something else of the same sort.

In the US the spread of FUD is a method of achieving “Customer Lock-in” giving the impression of a customer with a ball and chain around his ankle, disabling him from going to the competition or solving the problem himself. It is of course a legitimate and sensible thing to work on keeping your clients, but if you turn to FUD-spreading, then you have “gone over to the dark side of the force” and deserve resistance.

In the companies, who use the spread of FUD towards their customers, it is often so that the principle is transferred to management within the organization. Employees get a load of FUD in order to set them straight. New initiatives are also met with FUD; it is after all a method which is comfortably well known and seemingly has an effect. When exposed to a massive FUD campaign most people will react by giving up trying to get through with anything new.

The spreading of FUD definitely belongs on the dark side of management forces. Few would be able to maintain an image of good intentions while using this strategy. FUD is meant to frighten and paralyze the exposed, in order to prevent anyone from leaving the safe haven of the company. We must especially expect this method to be applied in organizations characterized by power struggles, political maneuvering, hidden agendas and a highly competitive atmosphere. He, who can paralyze the others, is able to get things his way.

FUD does not necessarily have to be based on something true. Actually, it works better to stick to more anonymous types of fears and feelings, in order to keep anything from being verified. It is always beneficial to have a scapegoat, on whom people can focus their anxiety; anxiety which can then be transformed into anger. Once there the driven FUD specialist is close to his goal, because once people are afraid and angry, they are ready to act. The FUD specialist only needs to add a small spark in order to lit the fire.

Does this sound familiar? Goebbels lit the way in the 30’s by directing all indignation and resentment towards the Jews; today people turn their resentment towards immigrants, Americans, governments or others depending on the soapbox they are standing on. Because the dumping of FUD is actually just that: a specialized type of propaganda, which has become widespread within IT and technology. It is especially efficient towards methods like Scrum, which are based on:

Why does this sort of thing work? Because behind closed doors most of us are not as sure and confident, as we would like to give the impression of. It does not take much for us to be affected by the threat of the unknown; and then we become a little more politically correct and glance a little more towards what the people, who matter, think. Our suggestions are shaped a little more by self-censorship.

There is a particular version of the FUD method, which seems especially nasty. It is based on spreading so much insecurity that people, the team – those who are supposed to carry out the work – become strongly in doubt about what is expected of them. There are people, who obtain influence mainly by taking advantage of the uncertainty and insecurity of others.

In our Scrum courses we often make participants fill out a questionnaire, which is supposed to make them consider their own situation. There are twelve questions, but the first question is so important, it does not make sense to proceed if the participant does not make a high score on this one. The question is worded like this:

It does not make sense to proceed, before a person knows this.

This particular questions seems to be anchored deeply in our soul. We have a paramount urge to know what is expected of us, so that we do not become subject to randomness, punishment or humiliation. Therefore, if confusion is created on this particular point, it causes a very effective derailing of the entire Scrum process; failure is a certainty.

Thus the method of:

aims and hits the very heart of our sense of psychological certainty and safety, something we all need. If this slips away, then slowly so will openness, visibility and any shape or form of improvement