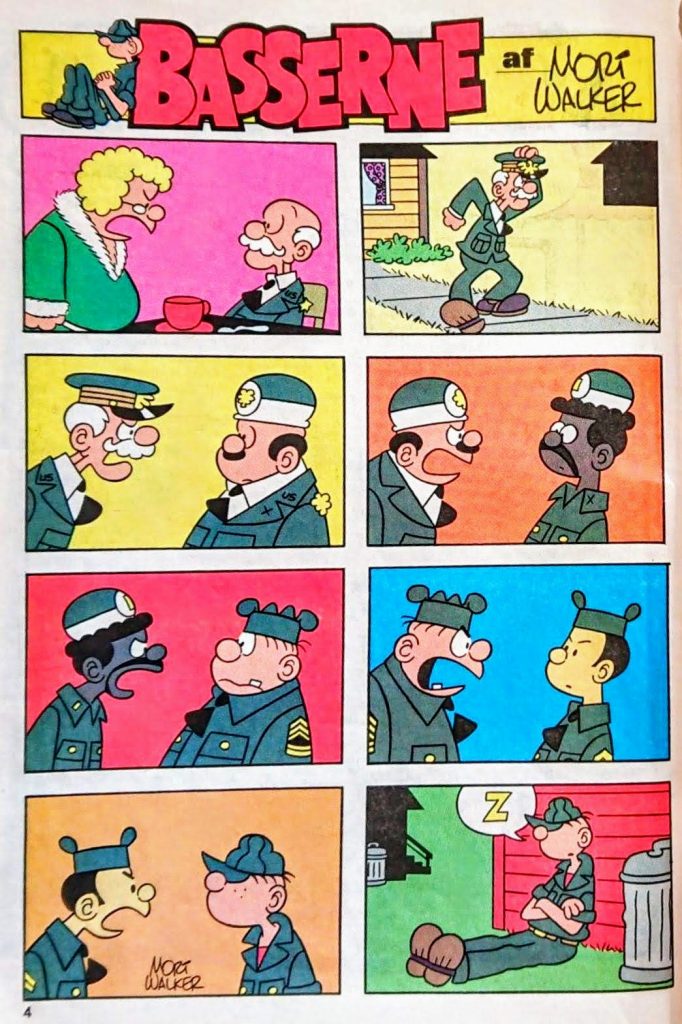 One of my favorite cartoonists is Mort Walker, who passed away earlier this year after almost 80 years of producing comic strips. His main contribution is the cartoon Beetle Bailey, named after the main character, whose life passes away dodging work in the absurd bureaucracy of the American army.

The shown strip displays the typical consequences of the traditional power based hierarchy in organizations, commands ripple down the chain of command until it reaches the bottom. That is where Beetle Bailey is, and the commands have absolutely no effect on his behavior or performance in his perfect state of apathy.

There is actually another version of this where it all hits another (more aggressive) private, and he goes and kicks the dog. But, as we all know, it is not politically correct to kick dogs, so we can’t show that one.