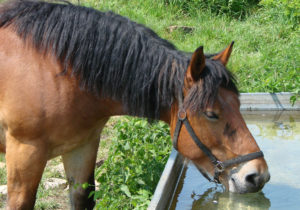 It may not want to, but sooner or later it will have to drink

In a recent departure from a decades’ long commitment to putting shareholders first, The Business Roundtable, a lobbying group representing America’s top CEOs, has finally recognized the societal impact of the stark imbalance between the “haves” and the “have nots”.

Cynics might think it a publicity stunt to deflect from the growing perception of corporate leaders as greedy and corrupt, but perhaps it is a recognition that the business models and organizational structures that seem to have existed since Dickens was a boy, must be re-aligned with modern expectations and realities.

It is about treating people with respect and rewarding them fairly, but faced with increasing global competition, it is also an opportunity to create models that better serve the needs of the customers, employees, shareholders and communities alike.

Since the 1970s, the prevailing management style in the US has been “Scientific Management” or “Neo-Taylorism” named for F. Winslow Taylor, with its assumption that experts at the top can plan everything perfectly. But in today’s high tech world, work is not always predictable and it is often the scientists, developers and engineers, not the CEOs who determine “what, how, when or if” something gets done.

But a more inclusive approach to organizational management requires a cultural shift that alters the way companies are structured and changes the balance of power within them. Changing the cultural mindset and disturbing the power hierarchy is not easy, but refusal to do it can be catastrophic.

History is awash with successful cultures, empires and companies that came unglued for one reason or another. And in these times of immense global competition, it is clear that America’s post WWII dominance is being seriously challenged. Not because it doesn’t have the most advanced technology – to a very large extent it still does – but because many of its institutions and to some degree, its cultural mindset is at odds with the realities of the world today. Whether it is hubris, complacency, or ignorance can be debated, but the signs are there.

In post-war Germany under the American’ Marshall Plan, German companies started to include trade union leaders and workers’ representatives on their boards of directors and within a few decades, a society that had been flattened and forced to reform became the richest in Europe and dominated industrial production in many sectors.

Similarly, from around 1950 to 1970 the Japanese called on the American management consultant W. Edwards Deming to help reform their manufacturing practices with a focus on quality and producing real value for the customer. Very quickly, Japanese auto and electronics makers dominated the world and put many American and European makers out of business. They simply made better vehicles, cameras and TV sets that were cheaper than their rivals. In these two examples, American’s wrote the prescriptions but failed to take their own medicine.

For process-oriented work, Neo-Taylorism still applies. But pre-planning is fraught with danger where the work contains elements for which there is fragmented, or no prior knowledge. Technology or product development has become more like a scientific experiment where it is invented on-the-fly through trial and error – this is known as work in the Complex Domain.

It is increasingly evident that trying to solve new problems with old tools can be difficult and there are countless examples of work that gets “done” but which fails to meet customer requirements, is neither on time nor on budget and which causes untold frustration to all parties involved.

An Agile Lean Organization is a highly effective way to deal with work in the Complex Domain. It has many passionate adherents, but few have implemented it fully because it is counterintuitive to most and hard to upset the status quo.

In essence, Agile Lean Leadership devolves power to those that do the work and makes them accountable to each other and to the customer. General Stanley McChrystal says: “Move the decision power to where the information is, not the other way around”. It fosters clear, open communication which allows decisions to be based on the facts as they are, rather than as someone might wish them to be. Work is centered on interconnected, cross-functional teams with clearly documented responsibilities, statements of work and transparent status artifacts.

The benefits that accrue from an Agile Lean Organizations include:

There is an old saying that “you can lead a horse to water, but you can’t make it drink?” and to some extent this is the essence of the problem. Agile Lean Leadership offers a solution that will help make companies more effective and better places to work, but it is disruptive in the short term and requires people and institutions to change. The question is how long will it take before it stops being an option and starts being and imperative for survival. W. Edwards Deming said in the eighties: “No one has to change, survival is optional!”

At AgileLeanHouse we have many years’ experience helping companies transform their organizations from the traditional top-down management, to an Agile-Lean approach.  We provide detailed online or onsite training courses and have consultants ready to help at any level in the organization. In addition we have a suite of cloud-based software tools designed to facilitate the transparent and open communication required to make any company truly Agile.

If you would like to learn more about designing Agile Lean Organizations that are effective and which benefit all stakeholders and produce a healthier bottom line, please contact: