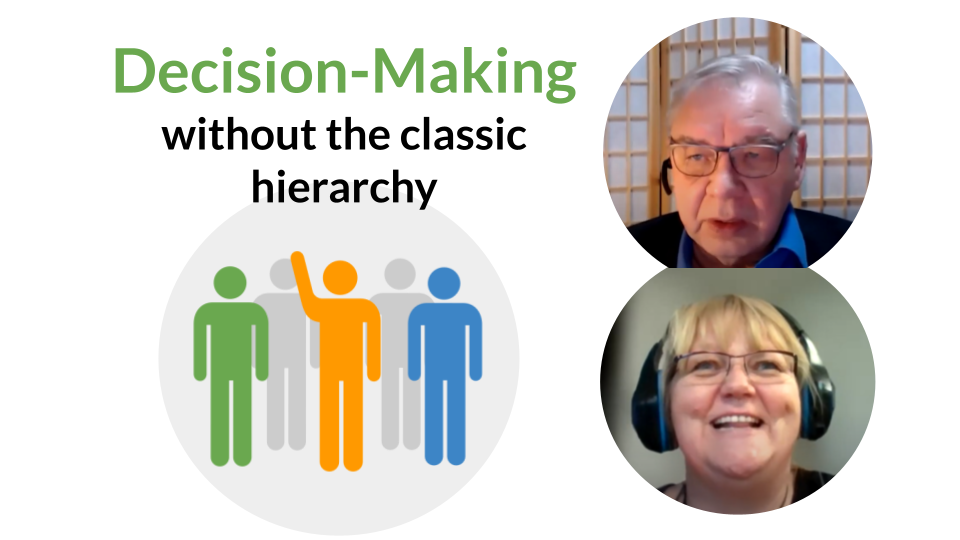 “One of the best webinars in the last years.”

“Really thorough and well-structured webinar, thank you very much 🙂 much to think about and learn more about”

You can watch it in its full length above and see the slides here:

Among other topics we are taken through John Boyd’s OODA loop for decision-making: 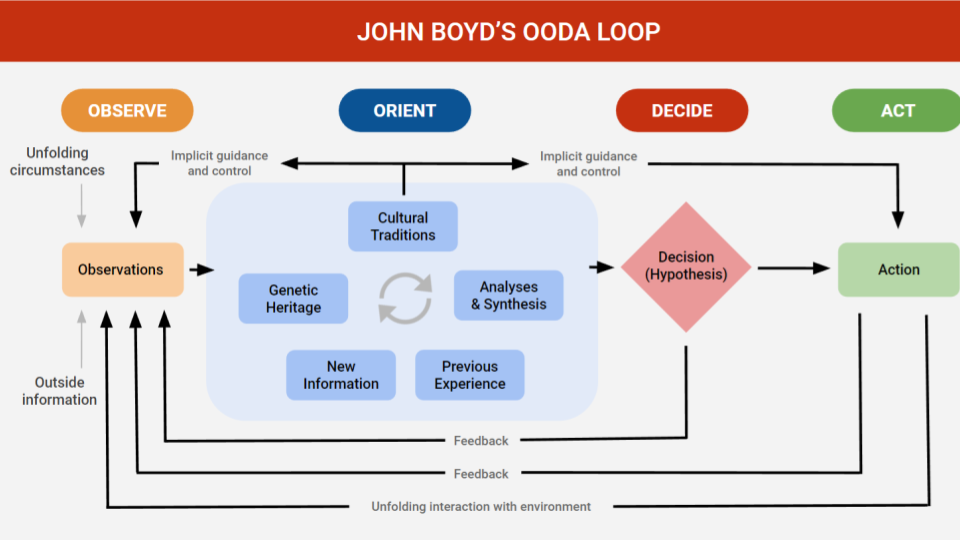 Many people are convinced that an organization has to have a traditional power-based hierarchy to secure decisions and execution. In the end, “someone has to have the power to tell people what to do and punish them if they don’t do it” – so the thinking goes.

At the national level, most of us favor variations of a democratic government balancing personal freedom and the necessity to sacrifice certain personal preferences for the sake of the community in question.
At the organizational level, we still seem to be infatuated with the idea of the hero, the imperial leader. Such a person makes good stories in the media, which consequently establish them as role models or at least their position as a desirable one.

However, staying with the power-based hierarchy – especially when combined with the lavish compensations that increasingly have become the norm over the last 25 years – will inevitably lead to decision-making being driven by the quest for power, position, and cash for those who have ambitions for leadership roles. Recent research has shown that it is not lust and greed for these things in their own right, that drives behavior; it is rather the desire to have more than others, a sort of envy.

But, there is another way, one that opens the door to psychological safety, engagement, fulfillment, and way better results in every conceivable indicator of success. That is the way of Agile Lean Leadership, where leaders are primarily focused on serving and clearing the road for self-managing teams.

This still leaves some questions about how decisions are made in situations of disagreement, identified conflicting interests, or crisis.
This presentation will give you an overview of values to subscribe to, principles to follow, and practical tools to deploy.

Come and be inspired on how to approach effective decision-making without the classic hierarchy.