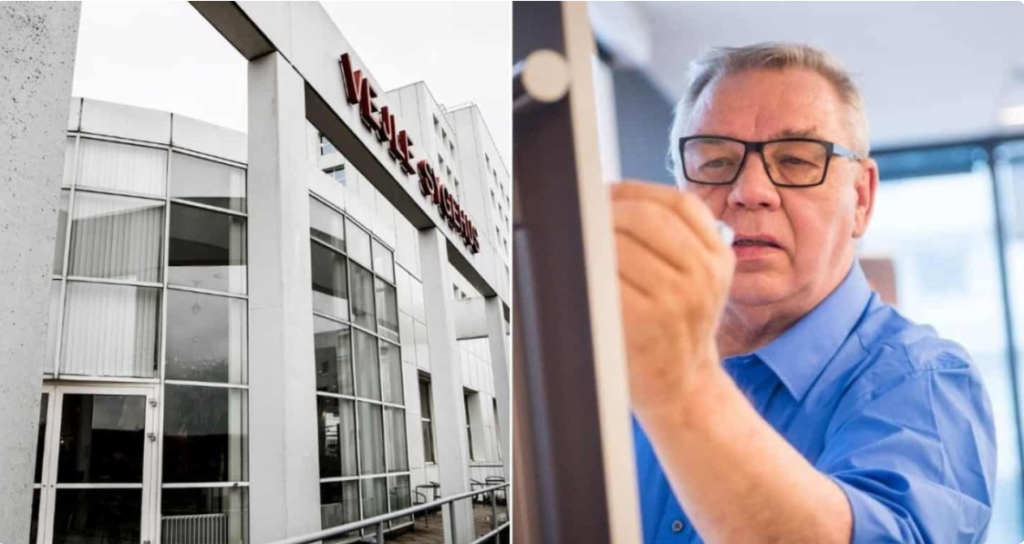 This is the story of a journey of many months through unknown territory together with a couple of departments in the Danish Health Care system. Over this long, involuntary course I’ve gained an insight into how things work, day after day, week after week.

For more than 15 years, I have taught and coached Scrum, Agile and Lean – methods that enable effectiveness and engagement in organizations. This lens of professional experience is the one through which I evaluate these experiences.

The healthcare sector and its allocated resources are always a subject of debate on the political agenda. My recent experience has convinced me that there are lessons to be learned that could help the healthcare community get more value from its efforts and perhaps prevent the exodus of professionals from the sector, that we are struggling with currently.

My continuing journey is with the orthopedic surgical departments of the hospital of Vejle, Denmark. Departments that in general receive high scores in evaluations and people apply to work there, because “it is a good place to be!”. No more names, dates or specific details will be given after these.

The impact of engagement

The most notable observation of these departments is the prevalent and persisting staff engagement, which might not be obvious to short-term patients. The following is an unsorted list of observations, that in my opinion contribute to the level of engagement:

We know from different studies on engagement (which Gallup has led for more than 20 years) that high engagement directly affects all the key parameters for an organization: user satisfaction, financial results, less sick leave and stress, fewer accidents at work and not least – people stay longer in jobs when they are engaged.

In the departments in Vejle, these three factors stick out. People continually remind each other of the purpose of the things that are done. Senior team members continually communicate with their junior colleagues about what is needed and why it needs to be done.

A great deal of responsibility is given to the team members closest to the patients. One surgeon said: “ When we’ve placed the last suture, the nurses immediately take over. They are in control of the healing process. They know best.” All the way down to the detail level – the one who is with the patient today, responds immediately to the unique tasks that might arise today. Ongoing dialogues between colleagues demonstrate the inherent respect for all the competencies and people involved.

I have rarely experienced a place where every step, to such a large degree, is a learning and teaching process, an exploration of improvement. A persistent saying that many have uttered is:

It is good to be here because we are allowed to do our work properly.

Many times my primary contact among the nurses said: “Our new colleague would like to see how we do this-and-that, which is unique to your case. Is it all right if I bring her in?” It was, of course, but they didn’t just push it on me – the intent was communicated, and I as a patient could say yes, suggest something else or ask follow-up questions. All of which create a feeling of safety and security.

Finally, in the same sphere, we find the term Psychological Safety. This term was coined by professor Amy Edmundson of Harvard University. It is a precondition for engagement and intrinsic motivation.

Since my journey was so long and we talked about so many things, I got the opportunity to do a survey on the level of Psychological Safety in the department based on Amy Edmundson’s standardized questionnaire containing questions like these:

The person filling out the questionnaire reveals to what extent they agree or disagree with the statements.

I expected a positive result in the area, based on my limited experiences. When a team member gets stuck or has made a mistake they would freely ask for and receive help or further explanation. They might say “I plan to do the following, does anyone have a better idea?” – an invitation to stand corrected but also to contribute.

A slightly more serious example, right before one of my operations, the person in charge of anesthesia suddenly said “Wait a minute, there is no note about the neural blockage we usually do at these operations, does anyone know why?” No one did, so they rapidly got hold of the anesthesiologist who was in a meeting. He provided a good explanation for the exception being made. But what stuck out to me was both the attentiveness and the fact that the nurses felt safe to question the doctor’s instruction.

I was not disappointed by the results of the questionnaire either. We received 46 responses, from which all of them landed in the upper 20th or 40th percentile, which is unusually good. The question that received the highest score was: “It is difficult to ask other members of this team for help.” Not one person agreed with this statement.

Is everything just perfect? No, definitely not, we also discovered some statements that surprised people and they are now contemplating how to introduce improvements to those areas.

However, from my vantage point, these departments in Vejle are still very much top-rate compared to other places I have observed.

Why is it that such an oasis can exist in Vejle? First of all, it’s a culture that has been developed over quite a while, I’ve been told. Secondly, the people who hold authority and competence are not domineering; there doesn’t seem to be any fear of the chief physician. It isn’t a traditional power hierarchy where orders and control just trickle downwards.

It is my clear conviction that we could get a lot more value for our money in the Danish healthcare sector if more of this kind of culture existed. We would also be able to keep the qualified employees considerably longer.

But it requires some people to give up their positions of power and perhaps even some of their privileges. It also requires a dedicated effort to stop bureaucracy from running rampant and spreading like weeds, because without resistance that all too easily happens.

In places where bureaucracy already is widespread, the only option usually remaining is to start weeding it out. Bureaucracies don’t reform easily. In Denmark we are by tradition, plan economists and our higher educational institutions continue to promote it. This inevitably leads to the separation of thinking and doing, to a form of management that keeps the “aristocracy” separated from where the work is done. Since the 50’s we have known that there is a better way.

So the question to those who hold managerial positions today is: Are you willing?

If serving is beneath you then leadership is beyond you.