Agile Lean Leadership in a Nutshell

Agile Lean Leadership (ALL) is a framework and set of patterns for building organizations that are built on Agile and Lean principles and exhibit the same benefits that Scrum does at the Team level. So it can be said that:

Agile Lean Leadership is a way of scaling Agile, Lean and Scrum out in the whole organization. 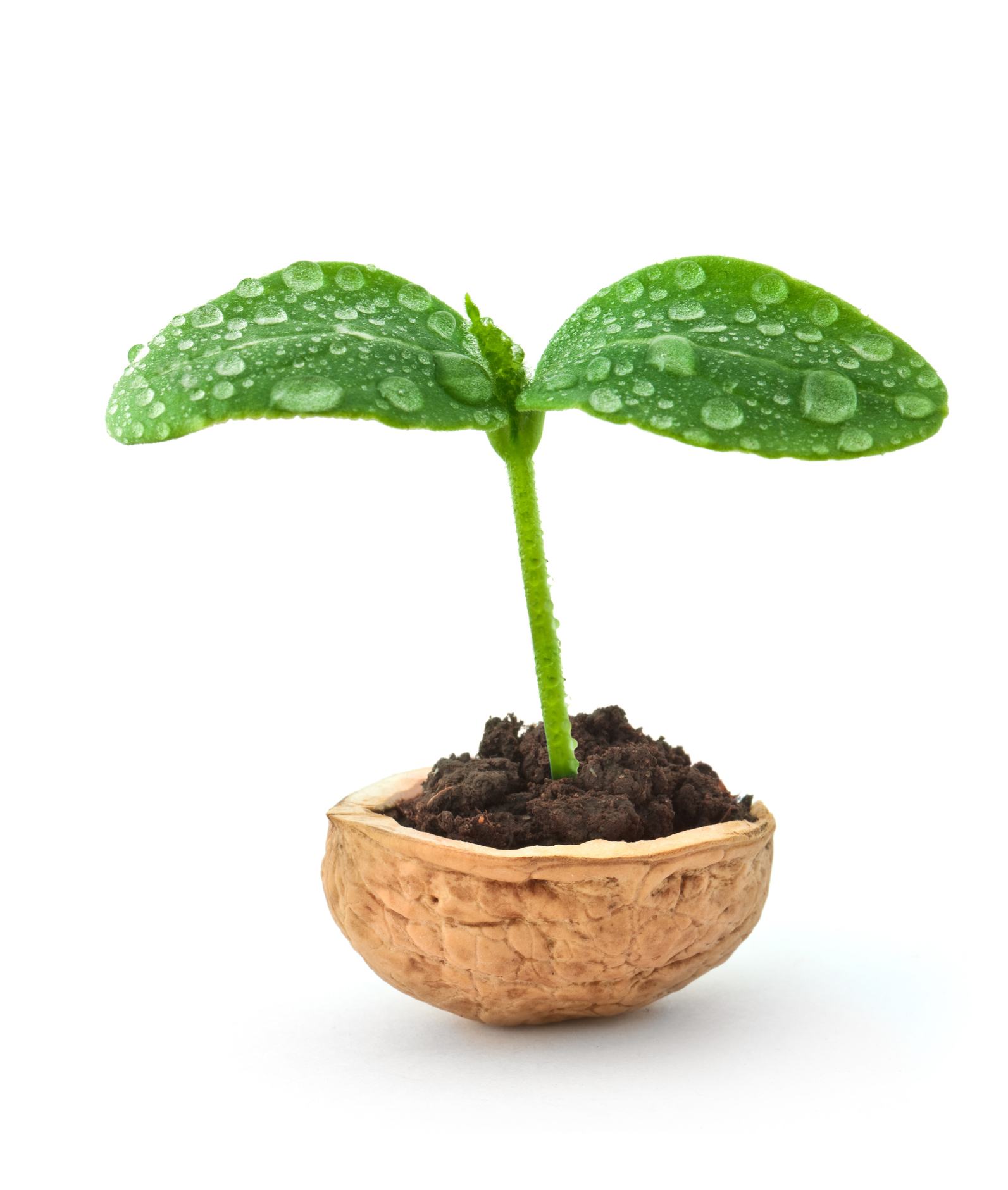 ALL organizations are a network of Teams instead of the traditional Hierarchical command and control structure.

Scrum defines a set of enabling constraints that allow teamwork to flourish and produce extraordinary value. In the same way ALL defines a number of constraints and practices to follow. It is just one way to get started on the road to constant improvement; many others are possible, but it is a good and easy-to-understand way. We will step through how an organization could think about organizing the ALL way.

In classic Lean style we focus on the Value Stream:

The customers. First we identify our customers, try to understand who they are and what would be the best way to categorize them in order to serve them. Our understanding of the circles of customers is expressed in manifests for each grouping of customers. 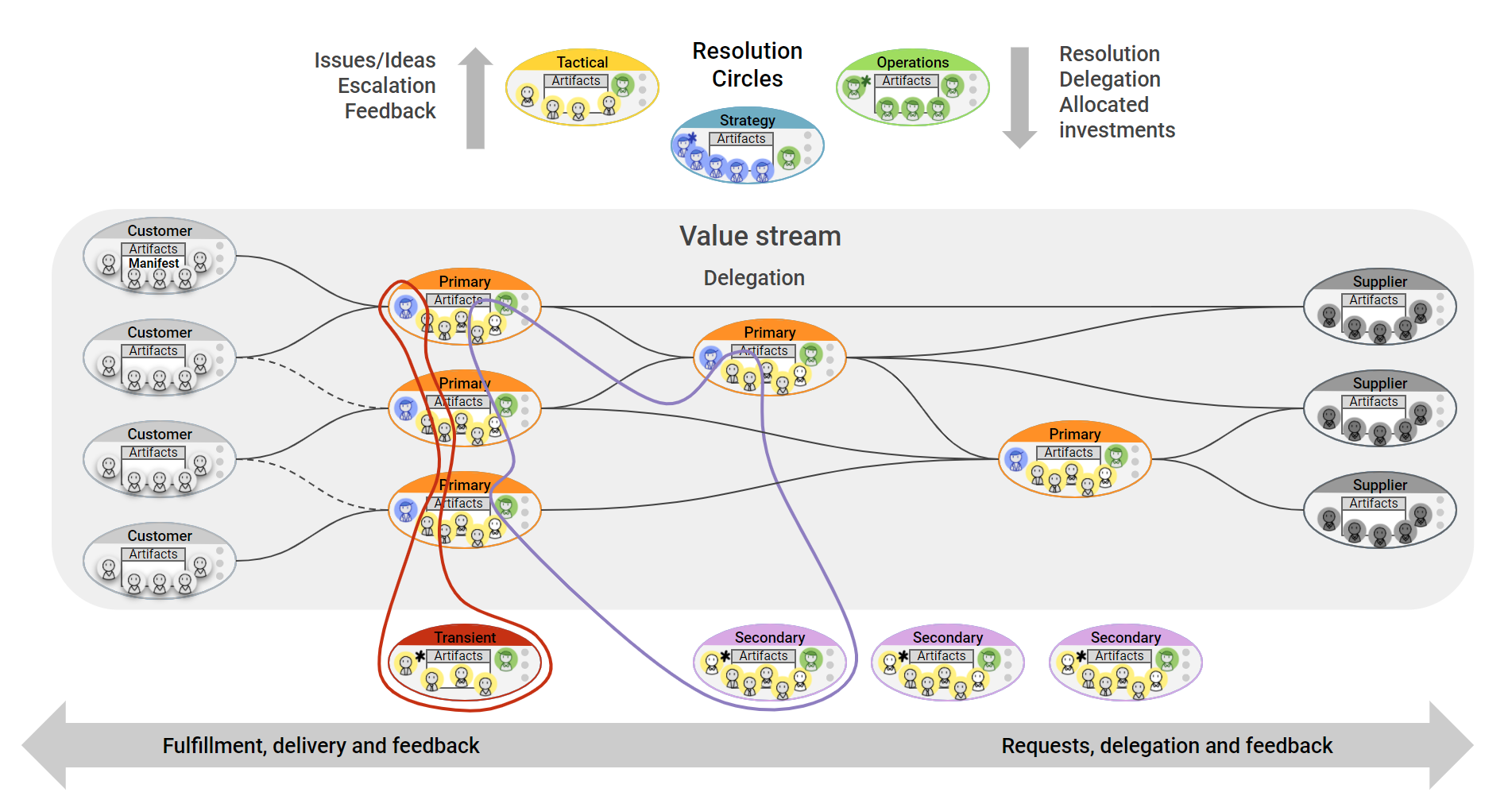 Agile Customer Circles. Then we design and form Circles in our organization whose job it is to serve the respective customers optimally; people with the best competencies we can muster. We call these Agile Customer Circles. They operate on the edge of the organization, touching the real world of customers. Circles in the organization are modeled with inspiration from the classic self-managing Scrum Teams, more on these later. Such a Circle also has a Manifest, describing what it does and why.

Circles in the center. Usually, the Agile Customer Circles cannot deliver the requested products and services alone, they would become too big and we would lose the benefit of the tightly knit Team in the Circle. Therefore we introduce Circles in the center of the Organization. These do not have customers in the external world, but instead, they have other Circles in the value stream as their customers.

Suppliers When dealing with suppliers of non-trivial components to the Value Stream of the organization it is helpful to include these, illustrate them as circles and precisely define their relationships.

All these Circles together are called the Value Stream. The Primary Circles consist of all the Circles within the organization itself in the Value Stream. The most effective would be if each set of customers would be fully served with one Agile Customer Circle that would only draw on basic services from a Center Circle. That is rarely possible, so much effort goes into designing the best Value Stream of Circles. It is best to involve those who will work in the Circles in the design of the structure and team composition; this enables their engagement and commitment.

When there are more Circles involved in the Value Stream, the bulk of leadership activities and decisions are made inside the Primary Circles or bilaterally between them. However, from time to time there will be issues and opportunities that cannot be resolved adequately this way. Therefore there is the possibility of Escalation to a set of Circles that have been granted authority to resolve such matters. These are called the Resolution Circles; their decisions are made from an organization-wide perspective, so they may have a bearing on more than one Circle. There are three different kinds:

Tactical Resolution Circle. This Circle meets from time to time to resolve tactical issues between Circles such as dependencies and impediments. The meeting consists of team members from the CIrcles. In Scrum, this is known as the Scrum of Scrums.

Strategic Resolution Circle. This Circle resolves strategic issues relating to customer requirements, prioritization, product specifications or resource issues. The Circle is composed of the Strategy Owners from the Primary Circles in question and are as such not a separate class of managers. It rests with this Circle to take care of long term planning, investments, allocation of funds etc.

Operational Resolution Circle. This Circle is composed of Operations Owners who meet to resolve issues related to process, impediments and improvements that cannot be resolved at the Primary Circle level.

In a larger organization with more than 10 Primary Circles or more than around 200 staff members, it may be helpful to have a set of Resolution Circles an  extra level above as well.

The Value Stream constitutes the primary objective of the organization. There are, however, many cross-cutting concerns that need to be worked on across the Primary Circles. When this need is permanent, Secondary Circles are created.

A Secondary Circle will typically have a certain area of expertise such as marketing, QA or product Architecture. Those who work in a Secondary Circle come from the Primary Circles, typically participating because they have the strongest competencies in this particular area. So they are not a special class of specialists but belong and live in the primary Circles.

A Secondary Circle may meet once every week or every second week to deal with work and decisions within its area of expertise. If there is real work to be done in addition to the meetings, it is good practice for the deliverables to be delegated back to the Primary CIrcle to maintain traceability and visibility.

Secondary Circles are also sometimes called “Communities of Interest” or “Guilds” and are important instruments to make sure that the Primary Circles do not become another kind of silo focused on their own operation.

Sometimes an organization has to undertake activities that are not part of its normal operation. These are handled in so-called Transient Circles, they may be used for special projects or if a sudden crisis or opportunity occurs. Those working in the Transient Circle belong in the primary Circle, so this work is considered an exception and is signaled to everyone as such. If a project lasts more than 4-6 months and people are allocated more or less full time, the project should be created as an ordinary Primary Circle where people “live” so to speak. 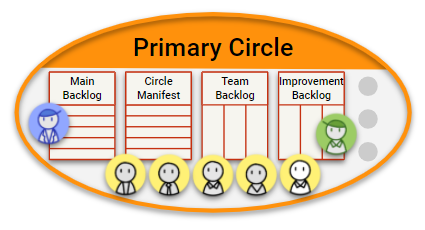 An Agile Lean Leadership Circle is largely modeled on the Classic Scrum Team, although Circles may decide to work the Kanban way, or with a mixture of Scrum and Kanban:

There is a fundamental cadence to the work. If the Circle works with Scrum this is called a Sprint otherwise an Iteration. There is a Review cadence where deliverables get reviewed by consumers of the Circle’s services. There is also a Retrospective cadence where the Circle reflects on improvements. There are clear quality standards and definitions of “done”.

There are a few fixed roles in a Circle:

There is a set of planning, refinement, review and retrospective meetings and normally also daily tactical meetups where the Team stays in sync.

There are some standard, public Artifacts that are always used in the Circle, but the CIrcle may choose to have more:

A few of the practices mentioned above deserve some extra explanation:

Delegation. When one Circle requests a deliverable from another it is called “delegation”, for which there is a precise definition of the responsibilities. Among other things the receiving Circle is now responsible for keeping the delegating Circle updated about status changes on the delegated Item.

Escalation. When an inter-Circle issue or a challenge grows bigger than individual Team Members can handle they call on the support of the Operation Owners. If they conclude that this needs to be dealt with in the context of all the Circles, then they escalate it to the appropriate Resolution Circle.

Secondary Circle. When Circles identify decisions or deliverables that has to be made in unison, they place this deliverable in an appropriate Secondary Circle, for example to decide on the next version of the Organization’s graphic Profile.

Scaled up Circle. Sometimes it makes sense (gives the highest internal coherence and lowest external coupling) to have multiple Team in a Circle working off the same Master Backlog. This of course changes some of the events and meetings and adds complexity, but could still be the best balance.

All of Agile Lean Leadership rests on a few values:

The last point means that under normal circumstances no single person dictates terms and everyone honors their commitments. These are the fundamental tenets of self-management and are the prime enablers of people’s intrinsic motivation, which, again is absolutely necessary for good results when doing knowledge work in the complex domain.