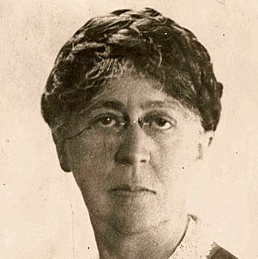 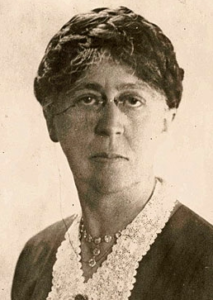 This article was originally posted on LinkedIn

on August 3rd, by Kurt Nielsen.

During some of our training classes and other events, I have occasionally been challenged by the audience to include historic female contributions to the body of management and leadership knowledge, “why do you not mention any women – apart from Amy Edmondson?”, the answer has always been, “well, there really wasn’t anyone”.

That is until I recently was enlightened, so please welcome Mary Parker Follett. She was born in 1868 in Quincy, Massachusetts into a Quaker family of some means, which allowed her to study at the University of Cambridge, Radcliffe College and in London and Paris. She died in Boston in 1933. She has been referred to as a “Gaunt Bostonian Spinster”.

Follett contributed to the social sciences, in particular the interactions between people in group settings,  making her something of a pioneer for this kind of thinking. But, it is only in the last decade or so her writings and ideas have been rediscovered. It is likely that she would have been seen as even more radical, had people fully comprehended what she said back in the day.

Follett expanded into management theory and was a personal consultant to president Theodore Roosevelt. In her later years, she was quite revered, wrote several books and was a lecturer at the London School of Economics in 1933.

Follett’s work stood in contrast to the “scientific management” of Frederick W. Taylor and his disciples, who treated human activities as machine processes that could be optimized to produce better results. Follett stressed the importance of personal interactions between everybody in an organization. She looked at management and leadership holistically in a very modern way; she identified a leader as “someone who sees the whole rather than the particular.”

There is a lot more to say about her theories. For us working with Agile Lean Leadership, it is interesting that she advocated replacing bureaucratic institutions with networks of teams, where people themselves analyzed their problems and then produced and implemented the solutions. This can be found in her book “The New State” from 1918!

Follett was profoundly interested in the individual in society and how personal fulfillment could be achieved while striving to create a well-ordered and fair community and society. Again a striking parallel to our view is that organizations must advocate consistently to create value for the customer, the employees, the stakeholders and society at large.

After her death, Follett was rather quickly forgotten. I have not been able to find evidence that for example W. Edwards Deming or the fathers of Scrum were influenced directly by her, although it would have been logical as there is clear evidence that her ideas were in wide use in Japan after the Second World War. Peter Drucker praised her and called her “the brightest star in the management firmament”.

After this brief journey into the works of Mary Parker Follett I am convinced that we owe her a lot. In particular,  her interdisciplinary approach offers some important insights that we need to accentuate. Here are some of her quotes.

Conflict is resolved not through compromise, but through invention.

Neither working for someone nor paying someone’s wages ought to give you power over them.

Leadership is not defined by the exercise of power but by the capacity to increase the sense of power among those led. The most essential work of the leader is to create more leaders.

I am convinced that any feeling of exaltation because we have people under us should be conquered, for I am sure that if we enjoy being over people, there will be something in our manner which will make them dislike being under us.

Unity, not uniformity, must be our aim.

What people often mean by getting rid of conflict is getting rid of diversity, and it is of the utmost importance that these should not be considered the same.

In the small group then is where we shall find the inner meaning of democracy, its very heart and core.

In discovering Mary Parker Follett and her writing I feel very reassured that some of these extremely fundamental ideas have been around for a long time. The principles of Agile Lean Leadership resonate with so many of her ideas. If an organization is committed to creating results in the complex world, it will do well to build on each individual’s intrinsic motivations and give them a certain amount of autonomy. It will create small cross-functional, collaborative and diverse teams and finally, will allow these teams to work together in a network without the classic power and fear-based hierarchy. According to General Stanley McChrystal, a leader is like a gardener, one who can prepare the fertile soil for this to happen.

Her teachings about conflict resolution have aspects and details that I certainly want to work into our patterns. There is no basis for being romantic about this; in the real world, conflict between people and groups will have to be dealt with, preferably in a quick and constructive manner, and resolved into solutions.

On the other hand, it is a bit scary that I did not pay attention to her before, I knew her name and roughly what she did. But it goes to show how much of what we call knowledge and insight is very limited, we suffer badly from what Daniel Kahnemann called “Confirmation Bias”, we only pay attention to the information that confirms what we already believe.

The main takeaway however from my brief venture into her writings is her constant stressing that organizations must seek solutions and results through collaboration and abolish adversarial relations focused on exploitation and getting power over others. It is  like the old Polish proverb from the communist area:

In capitalism one man exploits the other, in communism it is just the other way around.

And finally to my female critics, you were right, also, in this case, there was a woman behind it all, her name was Mary Parker Follett.